Printable Brochure:
Brochure outside
Brochure inside

Our 13th Annual conference at the Shrine of Our Lady of Guadalupe in La Crosse, Wisconsin will be held on July 27 & 28, 2018.  The theme of this year’s conference is “Our Lady of Guadalupe – Mother of the Civilization of Love”.  In addition to the keynote address by His Eminence Raymond Leo Cardinal Burke, others confirmed on the panel of presenters include: 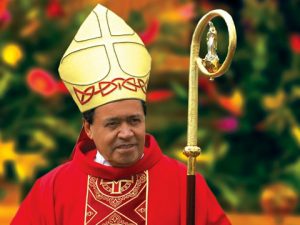 His Eminence Norberto Cardinal Rivera Carrera, Archbishop Emeritus of Mexico City.  He was born June 6, 1942 in La Purisima, Tepehuanes, Durango, Mexico.  In 1955 he entered the seminary of Durango, and later earned a doctorate in theology from the Pontifical Gregorian University, Rome.  He was ordained a priest on July 3, 1966 by Pope Paul VI.

In 1982 he became professor of ecclesiology at the Pontifical University of Mexico.  On December 21, 1985 he received episcopal ordination from Pope John Paul II as Bishop of Tehuacan.  From 1989 to 1995 he was chairman of the Mexican Episcopal Conference’s Commission for the Family.  He was also a member of the superior council of the Pontifical University of Mexico.

On June 26, 1995 he was installed as the Archbishop Primate of Mexico City.  He was created and proclaimed Cardinal by Pope John Paul II in the consistory of February 21, 1998.  He continued his service as Primate of Mexico until his retirement on December 7, 2017. 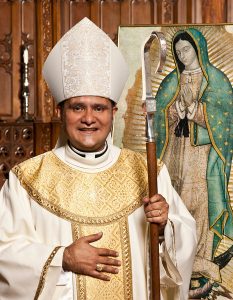 Most Rev. Arturo Cepeda, STL, STD, is an auxiliary bishop of the Archdiocese of Detroit.  He was born in San Luis Potosi, Mexico, and ordained to the priesthood in 1996 in San Antonio, Texas.  After fulfilling several teaching and formation duties, he was ordained as the youngest bishop in the United States at age 41 in April of 2011.

Bishop Cepeda is also the Vicar for the Youth and Hispanic Ministries in the Archdiocese of Detroit and serves as episcopal vicar and regional moderator for the Northwest Region of the archdiocese.  His Excellency also serves as Episcopal Moderator for the Queen of the Americas Guild. 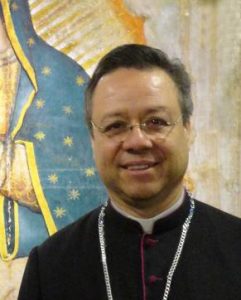 Msgr. Eduardo Chavez is co-founder and rector of the Institute for Guadalupan Studies, and is a canon of the Basilica of Guadalupe.  Born in Mexico City, he studied philosophy and theology in the Institute for Ecclesiastical Studies at Mexico’s Conciliar Seminary.  He was ordained on August 15, 1981, in the Archdiocese of Mexico City.  He holds a diploma in philosophy from the Universidad del Valle de Atemajac in Guadalajara and a doctorate in Church history from the Pontifical Gregorian University.

On May 17, 2001, Norberto Cardinal Rivera Carrera appointed him postulator for the cause of Saint Juan Diego, who was canonized on July 31, 2002.  Msgr. Chavez was also general secretary for Pope John Paul II’s visit to Mexico.  Msgr. Chavez has made many contributions to the study of the Guadalupan event, addressing major academic institutions internationally and publishing more than 28 books and articles.