DUE TO COVID-19, THE 2020 QUEEN OF THE AMERICAS GUILD CONFERENCE JULY 31 – AUGUST 1, 2020 HAS BEEN CANCELLED.  REFUNDS FOR PRIOR REGISTRATIONS WILL BE PROCESSED ASAP.  WE APOLOGIZE FOR ANY INCONVENIENCE THIS HAS CAUSED.

Our 15th Annual conference at the Shrine of Our Lady of Guadalupe in La Crosse, Wisconsin will be held on July 31 & August 1, 2020.  The theme of this year’s conference is “Human Life and Its Cradle in the Family Formed by Marriage”.  In addition to the keynote address by His Eminence Raymond Leo Cardinal Burke, others confirmed on the panel of presenters include: 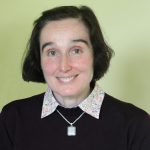 Dr. Gianna Emanuela Molla, M.D. is the daughter for whom Saint Gianna Beretta Molla gave her life.  She works full time, with great joy, enthusiasm and deepest gratitude to Our Lord, to spread around the world, particularly in the United States, the example, testimony and spirituality of her Saint Mother and of her holy father, Pietro.  Formerly, Gianna Emanuela practiced as a geriatrician at the Geriatric Institute, “Camillo Golgi” in Abbiategrasso, Milan.  In 2003, she left her profession to care for her beloved Father who had serious health problems until he died in 2010 at the age of almost 98. 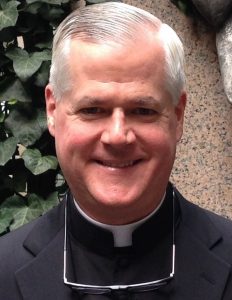 Father Gerald Murray was born in Brooklyn, New York in May, 1959 and grew up in New Rochelle.  He attended Regis High School and Dartmouth College  He entered St. Joseph’s Seminary, Dunwoodie in 1980, and was ordained a priest on December 1, 1984.  He was assigned to various parishes in the Bronx and Manhattan before being sent to the Gregorian University in Rome in 1993 to study Canon Law.  He was awarded a Doctorate in Canon Law in 1998 and then served briefly as a judge on the Metropolitan Tribunal before being named Pastor of St. Vincent DePaul Church on West 23rd St. in 1998.  In 2012, Fr. Murray was named Pastor of Holy Family Church.

Father Murray has appeared as a commentator on religious topics on various television and radio outlets, including EWTN, EWTN Spanish, Fox News, Fox Business News, MSNBC, NY1, Radio Maria, Relevant Radio, Fox News Radio and the Voice of America.  He is fluent in French, Spanish and Italian.  He served in the U.S. Naval Reserve Chaplain Corps from 1994 – 2005. 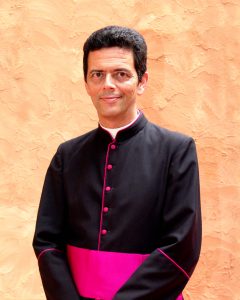 Monsignor Felices has written five books (De Camino con Santa Teresa, The Holy Rosary according to St. John Paul II (3rd edition) and in Spanish, La paternidad espiritual del Sacerdote, El Santuario dela Gruta de Lourdes (1925-2005) Via Lucis) and many articles on historical and theological themes (including three for the New Catholic Encyclopedia).  He founded the Chaplaincy at the UPR Medical School.  He has visited 103 countries, speaks four languages (Spanish, English, French, and Italian), and has preached retreats in the USA and Puerto Rico, especially to the Missionaries of Charity of St. Mother Theresa of Calcutta.  He is working on a book on the Soteriological significance of Christ’s Descent to the Dead.